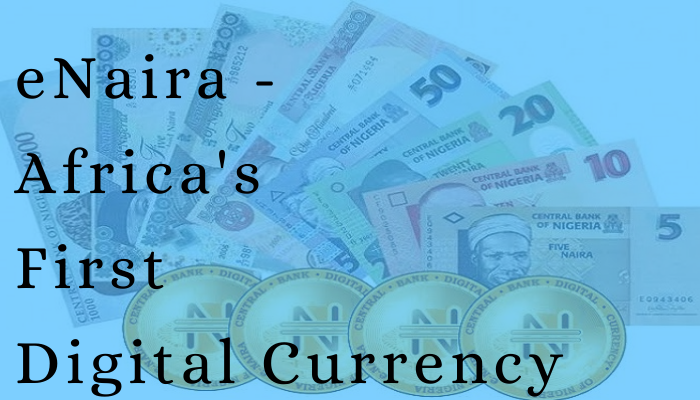 Learn how to use CBN eNaira, starting from eNaira registration platform, how to use eNaira to send money and receive money. Everything you need to know about CBN eNaira is here.

A lot of people must be wondering what the new digital currency eNaira that was unveiled in October 2021 in Nigeria is all about. So many questions are being asked by citizens of Nigeria and Africa at large about the new currency development in Nigeria.

With the increased popularity of cryptocurrencies like bitcoin, and ethereum, several countries around the world have begun to consider producing and launching their own digital currencies.

Nigeria, having the largest economy in terms of GDP (Gross Domestic Product) in Africa, and also the most populous country in its continent with over 200 million inhabitants, is one of these countries, and in fact, the first country in Africa and one of the few countries in the world to have introduced and launched a digital currency for its citizens.

Take a ride with us in this article as we provide insights to the following questions: 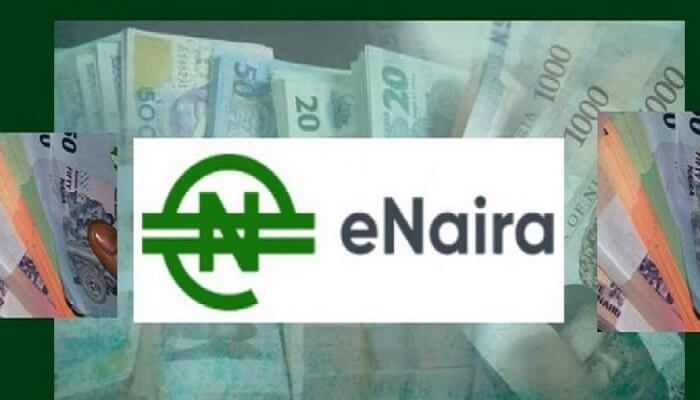 The eNaira, which is Africa's first digital currency, is a Central Bank Digital Currency (CBDC) issued, endorsed and regulated by the Central Bank of Nigeria (CBN) as a legal tender. It has the same value as the fiat Naira (physical Naira notes) and can be used the same way as cash.

Similar to the Chinese Digital Yuan and the Swedish e-krona, the eNaira was not designed to replace the fiat Naira but will act as an electronic version of the physical Naira currency, and also equal in value with the fiat Naira. Think of it as the same physical Naira that you are already used to but digital, borderless, and with more possibilities, that will function as a safe and efficient alternative means of payment.

The objectives of eNaira  is to:

How Does the eNaira Compare to Cryptocurrency? 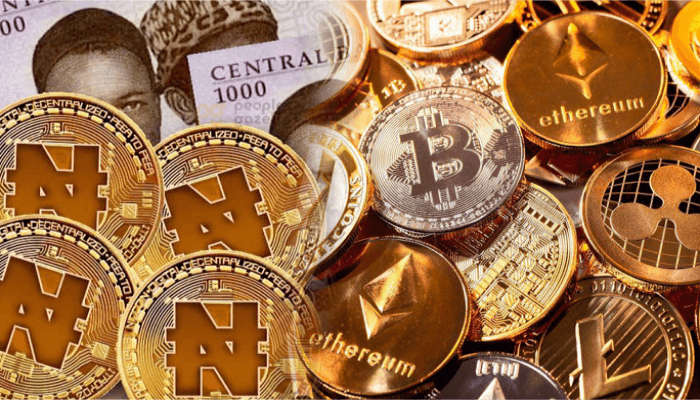 If you're wondering if the eNaira is the same as cryptocurrencies like bitcoin, the answer is no!

Cryptocurrency is a decentralised form of encrypted digital currency based on blockchain technology, a distributed ledger enforced by a disparate network of computers. This digital or virtual currency is secured by cryptography, which makes it nearly impossible to counterfeit or double-spend. One defining feature of cryptocurrencies is that they are generally not issued by any central authority, which makes them theoretically immune to government interference or manipulation. This means that cryptocurrencies are pegged to currencies, but are not backed by the government.

Unlike cryptocurrencies, the eNaira is a digital currency issued by the government, as well as a direct liability of the Central Bank of Nigeria, with its value to be at parity with the fiat Naira. This means its value will not rise and fall the way Cryptocurrency does, and it is not something you are expected to invest in to grow your fortunes. The eNaira is however pegged against the traditional Naira and will not fluctuate due to market influence at a different rate from the traditional Naira.

You also need to know that the eNaira differ from cryptocurrencies as they are regulated and subjected to banking laws. Download the regulatory guidelines on the eNaira issued by the CBN

What are the Benefits of Using eNaira?

The newly developed Central Bank Digital Currency (CBDC), has several advantages that will be beneficial to its users. In this section, we have highlighted 6 reasons why the eNaira will prove beneficial to you:

Unlike digital banking, cross-border transactions are expected to become easier with eNaira. The eNaira is a secure, affordable, and reliable payment option, expected to aid financial inclusion in Nigeria where customers will be able to make transactions with it like the fiat currency without involving intermediaries.

This newly developed digital currency is expected to complement the traditional Naira, thus reducing the need for physical cash. The e-naira will also be at par with the physical Naira, maintaining the same exchange value as the Naira. This means that one eNaira is of the same value with one traditional Naira i.e N1= 1eNaira.

The eNaira is also designed to improve monetary policy effectiveness, as well as to enhance the government's capacity to deploy targeted social interventions and improve diaspora remittances through formal channels.

Life gets easier with eNaira, as you get to pay bills from the comfort of your home. No bank queues!

Aside from being endorsed by the Central Bank of Nigeria, data protection and privacy remains fundamental to the core design of the eNaira system. Since the eNaira is powered by blockchain technology, transactions on this platform enjoy some level of security such that even if your phone is stolen, your transactions are safe and secured. eNaira users will also be able to determine how their data is used, shared and processed.

How Does the eNaira Work?

eNaira will be supplied from the Stock Wallet of the  Central Bank of Nigeria to licensed Financial Institutions (FIs), for further supplies to customers.

Financial institutions licensed by the CBN will be responsible for ID verification, eNaira payment processing, and creating wallets for customers to hold their eNaira. Customers would be able to identify a bank of their choice through the eNaira speed wallet app, connect to their bank accounts and carry out transactions.

eNaira transactions will operate on new and existing systems including the Nigerian central switch i.e. the Nigeria Inter-Bank Settlement System Plc (NIBSS). However, the eNaira will operate at four levels:

The eNaira will be legal tender and eNaira users will be able to make peer-to-peer payments to anyone who has an eNaira wallet without having to use an intermediary, and without charges. Customers will also be able to use their eNaira wallets to purchase goods in store by scanning QR codes.

The following services shall be available to merchants on the eNaira platform:

The following services shall be available to FIs on the eNaira platform:

The following services shall be available to MDAs on the eNaira platform:

How Do You Get the eNaira?

Several tiers of eNaira wallets will be available, requiring different levels of identification, depending on whether a person has a bank account and the level of transactions they wish to make:

What are the Features of the eNaira?

The eNaira App was developed with a deeper understanding of customers, what they value, their abilities and also their limitations. This App is designed to be accessible by everyone, with ease of use and efficiency, as well as the security of its users.

Using the eNaira has several features which is highlighted in this section:

How Do You Create an eNaira Wallet? 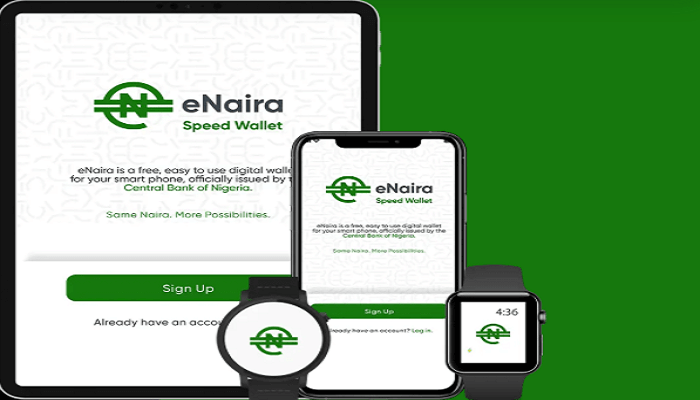 To create an eNaira wallet, you will need to download the eNaira Speed Wallet on your smartphone from Google Play Store or IOS App Store. Feature phone users can also dial a USSD short code and follow the service prompts.

Sign up using your phone number and email address, and then input the 6 digit token code that will be sent to your mailbox

Here you will be required to input your personal information e.g name, date of birth, as captured during your BVN enrolment.

An account activation link will be sent to your mailbox. Click on the link and you are set to use your eNaira Speed Wallet.

Once the eNaira wallet has been created, eNaira users will be able to transfer money to their  wallet from bank accounts or credit cards and to send and receive payments to others in the digital currency.

How to Fund the eNaira Wallet? 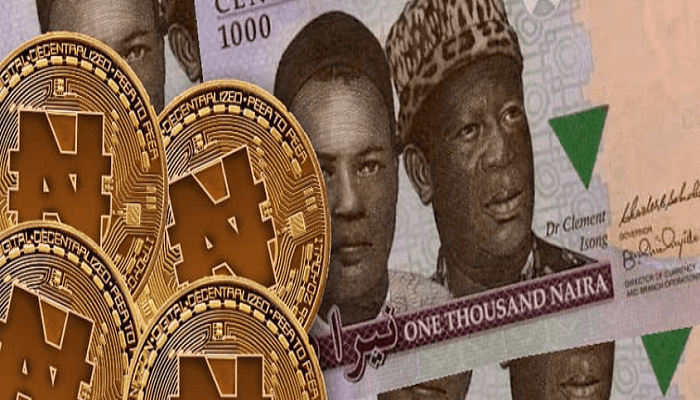 If you want to save money, spend money or pay bills with eNaira, all you need to do is fund your eNaira wallet. The process of funding your wallet is easy and fast for every category, and there are also 3 different categories (individuals, businesses, government MDAs) to choose from.

In this section of this article, you will find the details and a step-by-step guide on how to fund your eNaira wallet.

Funding your eNaira wallet from the same bank:

Funding your eNaira wallet from an account in a different bank:

Carrying out Foreign Exchange deposit to your eNaira wallet:

How To Send Money With eNaira

The government of the Federal Republic of Nigeria introduced the use of a Central Bank Digital Currency to improve economic activities in Nigeria, as well as to increase Nigerian GDP over time. The CBN also established this digital currency in order for the eNaira to have the same value as physical Naira, but with more possibilities and accessible by all. However, for this goal to maintain its progress, a good number of individuals and organisations in Nigeria must maintain the use of eNaira and eNaira wallets.